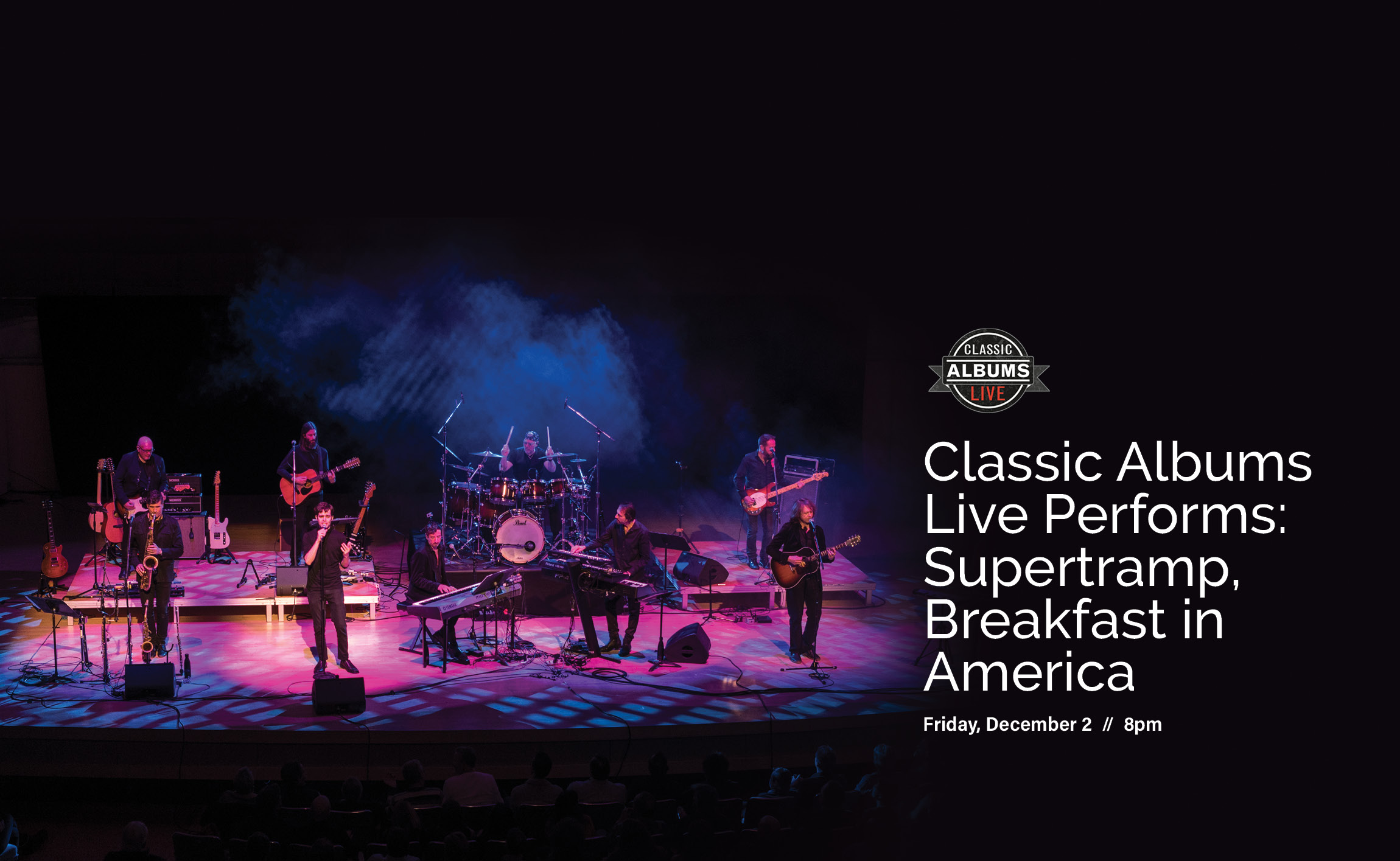 Supertramp took over where The Beatles left off. With fantastic arrangements, soaring vocals and deft musicianship, Supertramp found their way into your heart. The two distinct vocals within Supertramp are, like The Beatles, the secret ingredient. Supertramp ruled the ‘80s with “Breakfast in America” – the album was everywhere, hit after hit, and has become an album that accompanies us through life and several decades. It’s a deep, uptempo, hypnotic record that sends the listener on a trip, and Classic Albums Live will be performing it in a way that no one else in world does; note for note - cut for cut.

“CAL is the modern-day orchestra.”

“As close as you will get to the real sound without being in the studio. Classic Albums put on a great show; if they play again, I will see them for sure.”

“Think of this as a recital… [this] album is historic and stands the test of time.”